Forward Flux Productions is thrilled to present PILGRIMS by Claire Kiechel. This play was workshopped in our Studio for four weeks last year working closely with the playwright, and we are excited to remount it as a full production for its’ West Coast premiere. Emily Penick, Forward Flux’s Creative Director, is returning as director. The cast features Chris Shea and Meghan Dolbey as the Soldier and the Girl, and Alaji Marie returns as Jasmine the Robot.

During the Studio last year, audiences had the opportunity to provide valuable feedback after each presentation – that feedback was provided to the playwright and now has been incorporated into the final draft of the play. If you saw it at the Studio, or if this will be your first time, you do not want to miss this wild ride through the universe and our own dark fears.

On a ship to colonize a newly discovered planet, a soldier, a girl, and a robot find themselves quarantined together in a cabin and are forced to explore their own traumatic pasts and roles in a dying society. 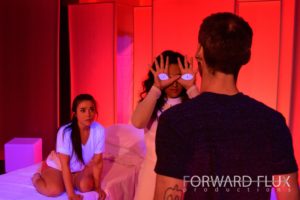 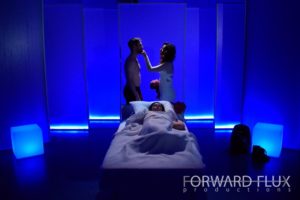 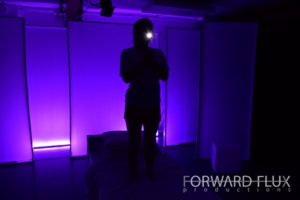 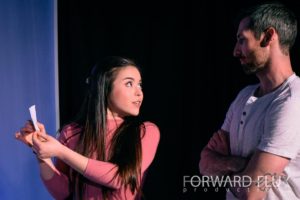