Lindsay Joelle: A Playwright with an Explorer’s Heart (much like her protagonist)

Lindsay Joelle is an NYC-based playwright, who began in the realm of writing for musicals as a lyricist but then made the transition to writing plays under the mentorship of Tina Howe, Arthur Kopit, and Samuel D. Hunter, among others. A Small History of Amal by Amal, Age 7 was Joelle’s first play and, when reading the manuscript, it immediately caught my attention on a superficial level because it was written unlike any play I had encountered before. The script features text boxes, thought bubbles, and a range of typography that bring the dialogue to life in a vivid fashion right on the page. But in addition to its innovative form, the story presented was also from a refreshing perspective as it plunges us right into the world of a 7-year-old boy in Mumbai. Aptly, the play is subtitled, “An immersive, site specific collection of moments from the mind of a 7-year-old boy on his last day.” The play landed (and remained) at the top of our wish list for presentation in our 2017 season, and it’s Forward Flux’s great pleasure to do a reading of the play as our season-opening Flux Salon event in partnership with Pratidhwani Indian theatre company. I recently had the pleasure of chatting with Lindsay to discuss process, writing retreats, typography as a tool—oh! And Lindsay is seeking tickets to Radiohead if anyone has the hookup… 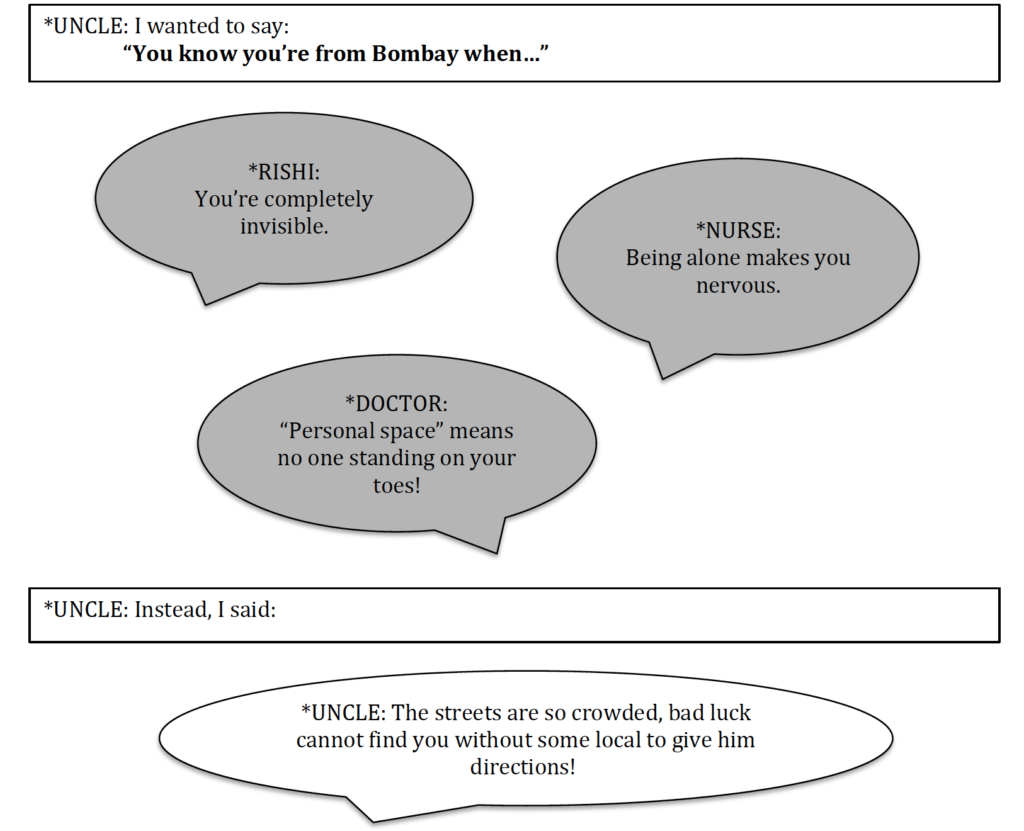 Above, an excerpt from Lindsay Joelle’s script A Small History of Amal by Amal, Age 7 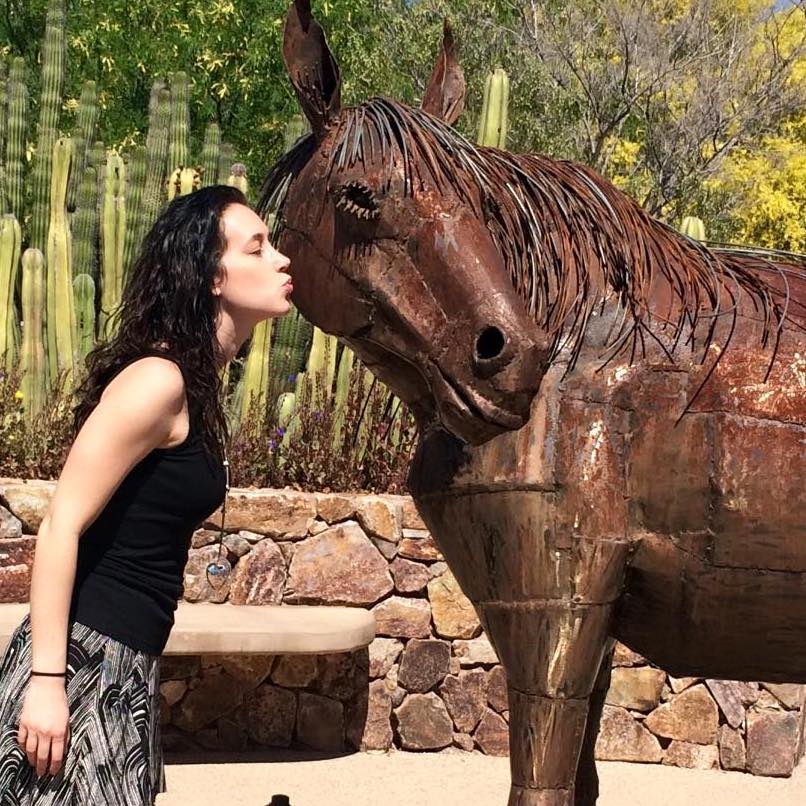 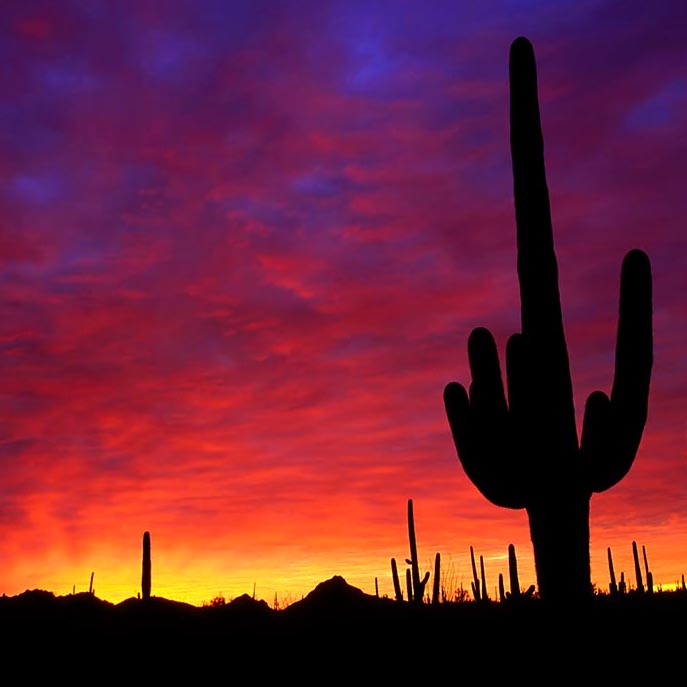 Sunset in the Sonoran desert of Arizona.

BB: So, last I saw you, you were in New York and planning to take a writing retreat in Paris. And where are you right now?

LJ: I’m writing to you from the Sonoran desert of Tucson, looking out at a mountain covered in Saguaro cacti.

BB: Oh, Saguaros! That sounds gorgeous. I know from A Small History of Amal… that you have a poetic sensibility about you, would you describe your view in a scenic notation?

LJ: Sunsets in the foothills paint the whole sky red and the chains of mountains flatten into varying shades of purple and blue like colored paper cutouts against the horizon.

BB: So, is traveling to different locations a writing tool for you? Is environment your primary means for inspiration?

LJ: My desk in New York is for writing. Escaping the city is for recharging; taking in as much as I can and letting it shuffle around in my brain until I get home. I called Paris a writing retreat because it sounded romantic, but really I spent most of my time winding my way through the city on foot, looking at the architecture and people watching and hoping to be mistaken for a local. I’d set a destination at the start of my walk like, I want to be at this creperie by lunchtime or I want to be at Notre Dame by sunset.

BB: You do strike me as quite the traveler!

LJ: I’m a curious person. I’m always looking for stories that expand my world and trying to see into my blind spots. When I travel, I don’t want to visit the tourist sights, I prefer to watch people making things. I like to peer into restaurant kitchens to watch chefs cook. I ask taxi drivers how they started, and whether they like it, and what they’ve seen. I guess at the bottom of it, I’m really curious about all the different lives I might have led if I were born someone else; what it’s like to be someone else on this planet.

BB: Tell me another travel story—like the kind you’d only tell a really good friend.

BB: And have your travels taken you to India or did you have a different portal into that world?

LJ: For me, part of the fun is immersing myself in a community I don’t know, so for A Small History of Amal…, since I’ve never been to India, I researched like crazy—the weather patterns, major holidays, religious rituals and especially death rituals within Hindu, Muslim, Parsi, Christian, and Sikh communities, the train maps of Mumbai, hospital protocol including how to call a code, Bollywood movies, local dialect and vernacular…then I went through a development process with Indian and first and second generation Indian American actors and incorporated their suggestions into the script.

BB: And how important is it to you that we see that world from the perspective of its inhabitants as opposed to some outsider’s perspective who enters that community?

LJ: In a play, if I see an outsider enter a community, I assume they’re there to be my vehicle into the unknown, so I can experience it by proxy. And for me, that’s not what it’s about. I want us, the audience, to start the journey with characters we might register as different. And then, if the story is good enough, somewhere in the play we’re going to lose ourselves in the characters, so that when it’s over, we don’t just understand people we once thought of as other, we’ve been them for a short, collective moment.

BB: So is that why you started writing plays?

LJ: I wrote my first play about four years ago because a friend asked me to. Actually, that play was this one: A Small History of Amal by Amal, Age 7!

BB: Wow, seriously? I don’t think I knew that. This is a brilliant first play.

LJ: When my friend was living in Mumbai, she was introduced to Rabindranath Tagore’s century-old short play Dak Ghar, about a sick child with the heart of an explorer, who interacts with the people in his village as they pass by his bedroom window. I knew my friend related to the story in part because she had grown up in and out of hospitals with a rare autoimmune disease; the long and short of it is I wrote this reimagining of Dak Ghar for her with the theatrical elements I knew would excite her. As a result, my Amal shares many of her symptoms, as well as all her optimism, intellectual curiosity, and inner strength.

BB: What about writing this play made you decide to continue pursuing playwriting?

LJ: Before writing A Small History… I was a lyricist in the BMI workshop, and I was commissioned to write a libretto for Vital Theater in NYC, so it wasn’t like I wasn’t writing. But I was under the false impression that musicals were magic and “straight plays” were boring. Once I started reading every new play I could get my hands on, I realized pretty quickly that wasn’t true. So I applied to the Hunter MFA and I got an email from Tina Howe saying she’d read my play and wanted to meet. And I was like, Tina Howe’s name is in my inbox! I was like flipping out.

BB: The format of this play is unlike any I’ve ever seen. I’ve seen plays that utilize typography and formatting as an element of spectacle (Paula Vogel refers to this as the “plasticity of the page”), but I’ve never seen anyone take it to the level of specificity that you have! Where did the idea to use thought bubbles and such come from?

LJ: I had a sense that the standard script formatting wasn’t fully communicating the playfulness and the immersive, communal tangibility of the experience I want the audience to have. It’s interesting that the audience will never see the layout of the page, but it’s formatted like one of the graphic novels that the main character, a 7-year-old boy, would enjoy.

BB: Have you found that writing with that format has yielded different results in performance than workshopping a play with more conventional formatting?

LJ: That’s exactly what I’m hoping to find out, Ben! Forward Flux is the first group to get its hands on this new format and I’m really excited to see what you’ll do with it.

BB: OK, last question: if you had to draw a line through your plays, what would you say is the connective thread in your work?

LJ: I’m interested in alienation and assimilation. Loneliness and loyalty. Also, the rituals, routines, values, and vernacular of different micro-communities. Most of my plays require glossaries. They have some laughs and they have some feels. Every play I write affirms the necessity of human connection, despite the struggle. 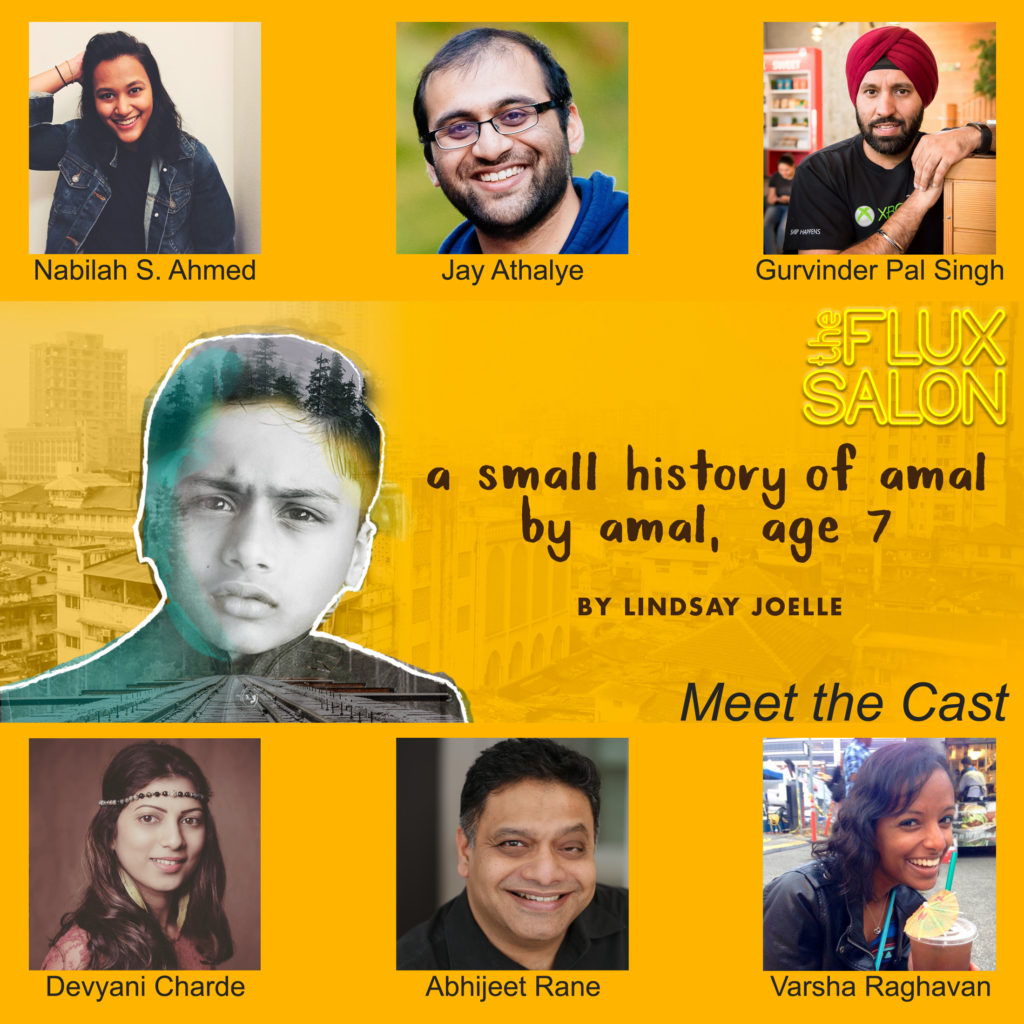 A Small History of Amal by Amal, Age 7  will be at The Flux Salon XVII March 13th & 14th, 2017 at Coyote Central in the Central District. Learn More or buy tickets today.

You can download and read Lindsay’s play (with its innovative approach to form on the page) via New Play Exchange.

Benjamin Benne is a 2016-17 Playwrights' Center Many Voices Fellow. He is doing a one-year residency at the Playwrights' Center in Minneapolis, MN. Ben was also a finalist for the 2016 Princess Grace Playwriting Fellowship. He participated in a "Leda and the Swan" bake-off with Pulitzer Prize-winning playwright Paula Vogel as part of the Dramatists Guild Fund's Traveling Masters Program. Ben was also a participant in the New York Theatre Intensives 2011 summer conservatory (in association with EST/NY) and in the 2013 NoPassport Playwriting Intensive with OBIE Award-winning playwright Caridad Svich. His trilogy of mortality-themed plays (Terra Incognita, What / Washed Ashore / Astray, and at the very bottom of a body of water) each achieved semi-finalist status in the Eugene O'Neill Theater Center's National Playwrights Conference in consecutive years (2014, 2015, & 2016 respectively). at the very bottom of a body of water was also a 2016 Bay Area Playwrights Festival finalist and is currently in development with Umbrella Project. Terra Incognita had its world premiere (dir. Pilar O'Connell) at Annex Theatre (Summer 2016). www.benjaminbenne.com benjamin@forwardflux.com