On a ship to colonize a newly discovered planet, a soldier and a teenage girl find themselves quarantined together in a cabin and are forced to explore their own traumatic pasts and roles in a dying society. 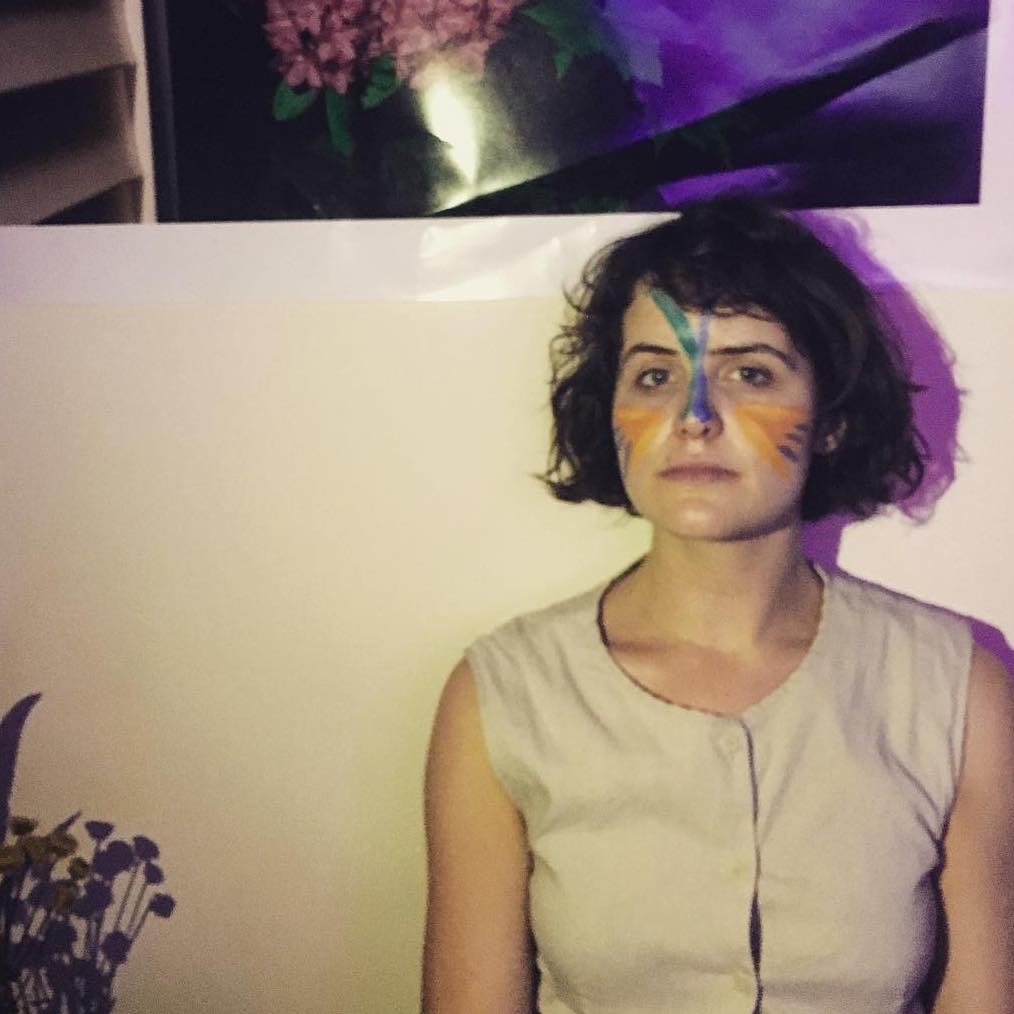 Claire Kiechel’s plays include Pilgrims (upcoming world premiere production at The Gift Theatre, The Lark’s Playwrights’ Week 2016, and The Kilroys’ The List 2016); Lulu Is Hungry with composer Avi Amon at Ars Nova’s ANT Fest; and Some Dark Places of the Earth at The New School for Drama. She is a 2016 recipient of South Coast Repertory’s Elizabeth George Emerging Writers Commission and a recipient of the 2017 Humana Festival Commission for the Actors Theatre of Louisville Professional Training Company. 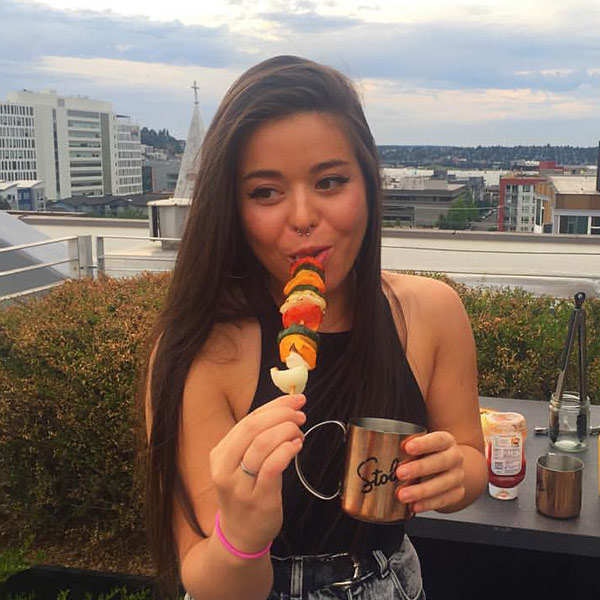 Bio
Rachel is ecstatic to be working with Forward Flux Productions for the first time. She is a Seattle native, and a recent graduate of Cornish College of the Arts. Previous productions include, The Winter’s Tale (Seattle Shakespeare Company), The Lost Girls (Annex Theatre), and Puny Humans (Annex Theatre). She is currently Touring Washington in an educational play called El Deafo, with Book-It Repertory Theatre.
Close 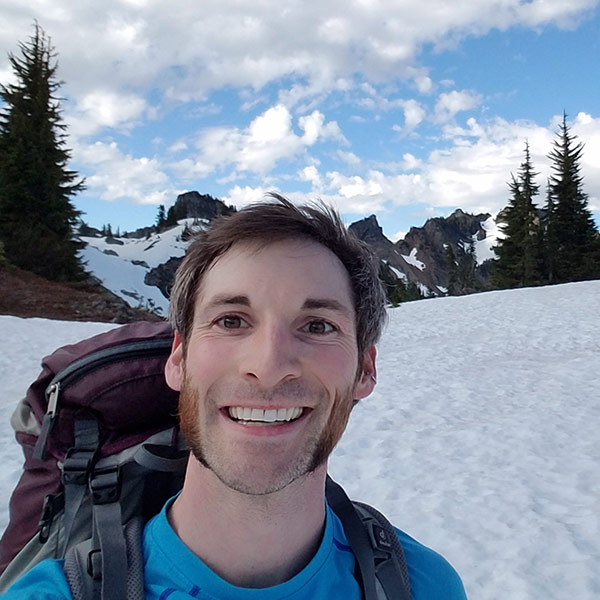 Bio
Ian Bond is delighted and honored to debut with Forward Flux in Pilgrims. In Seattle Ian has performed as Liam in Bad Jews with Seattle Public Theater, Bertie in Jeeves Intervenes with Taproot Theatre Company, Demetrius in Titus Andronicus with Seattle Shakespeare Company and many different pirates in Book-It Repertory’s Treasure Island. Other local and regional companies Ian has worked with include Sound Theatre Company, Washington Ensemble Theatre, eSe Teatro, and Mt. Baker Theatre, and Coeur d’Alene Summer Theatre. Ian is a former Resident Ensemble Member of the Cincinnati Shakespeare Company where favorite roles include Romeo, Mr. Darcy, Hamlet, Banquo and Al Joad (The Grapes of Wrath). He is represented by Topo Swope Talent.
Close 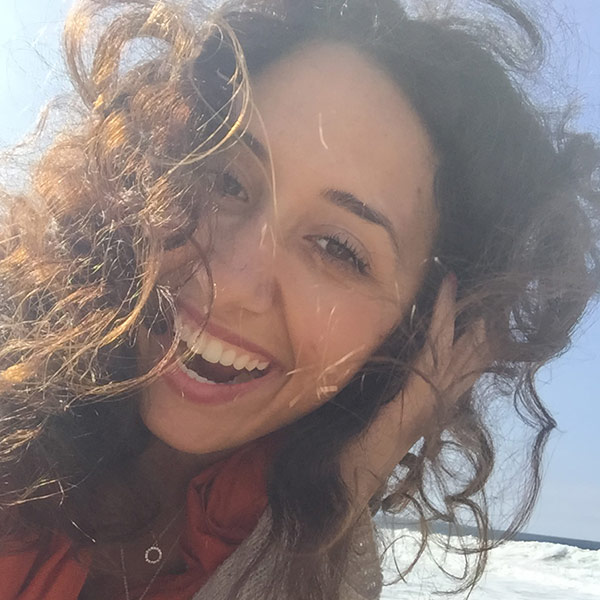 Bio
Alaji Marie is a fun loving Detroit native who moved to Seattle and dove into her Theatre career. She graduated with a BFA in Theatre from Cornish College of the Arts last May. She’s worked with Annex, Seattle Repertory Theatre, ACT, Taproot Theatre, Seattle Children’s Theatre and Silver Kite Community Arts on productions, staged readings, and internships. The Wedding Gift was Alaji’s first project with Forward Flux and she is elated to be working with them on Pilgrims.
Close 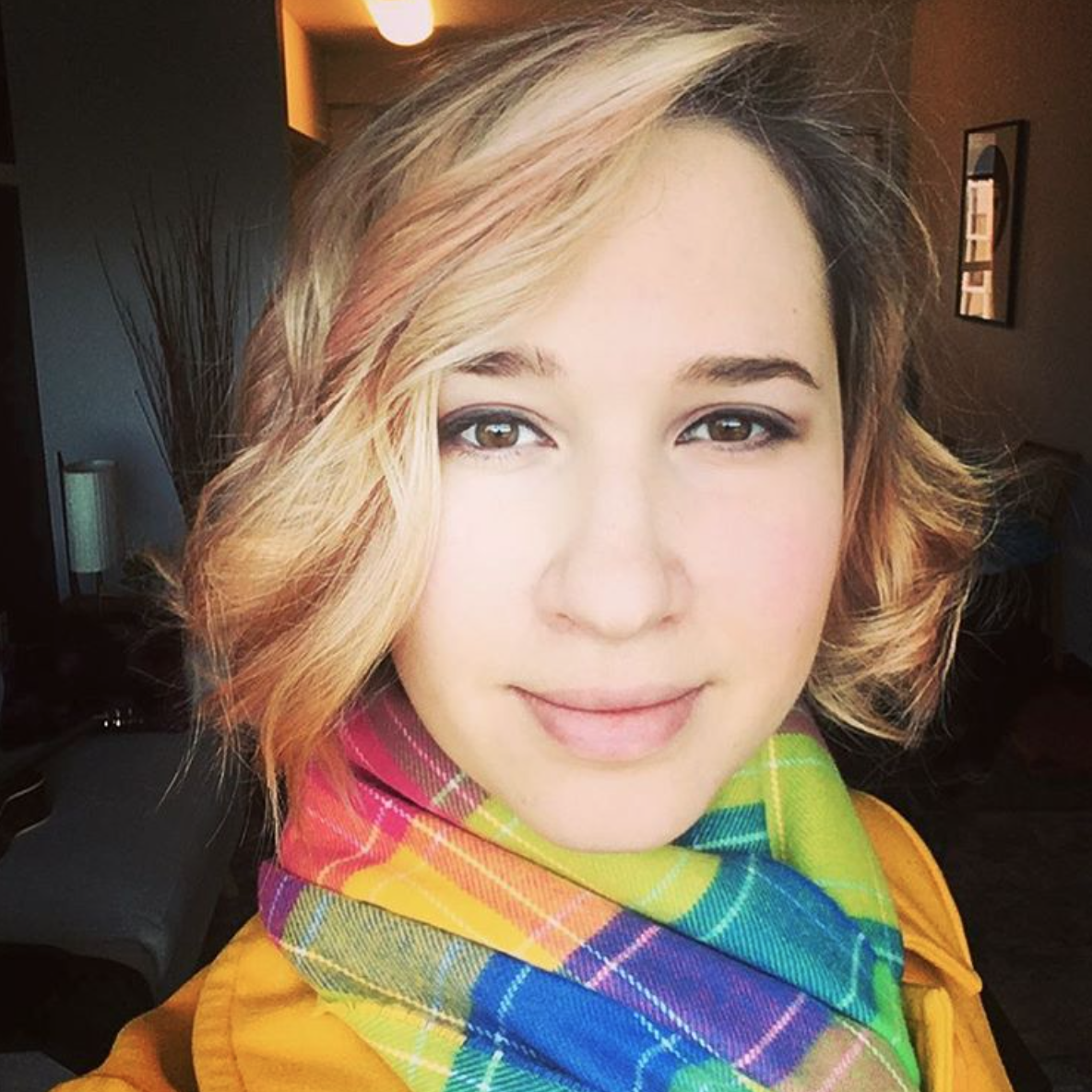 Bio
A Seattle-based director and choreographer, Emily has a particular passion for developing new plays and promoting female voices in the arts. Favorite directing credits include the world premiere of Worse Than Tigers (RED STAGE), The Other Woman (The Milwaukee Repertory Theater), R&J (Seattle Immersive Theater), and The Rose Tattoo (Ohio University). This winter, she will direct A Christmas Carol at ACT. Recent choreography credits include fight choreography & movement direction for Guards at the Taj (ACTLab), Othello (Seattle Shakespeare Company), and Mary’s Wedding (New Century Theatre Company). Current Literary & Artistic Manager at ACT – A Contemporary Theatre, founding Artistic Director of RED STAGE, and Creative Director for Forward Flux, Emily is grateful to be a part of the rich artistic ecosystem of the Pacific Northwest. Emily earned her MFA in Directing from Ohio University.
Close 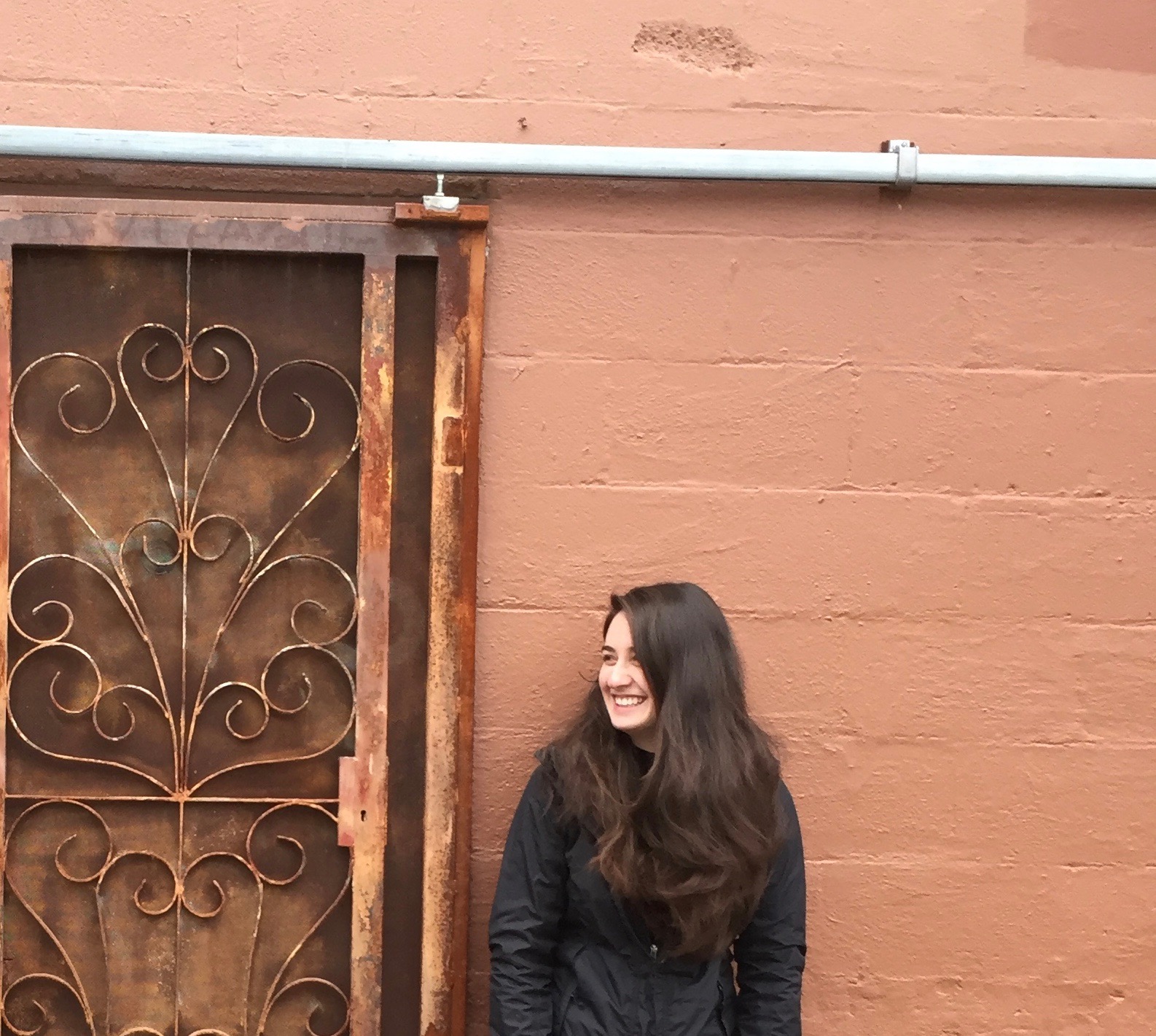 Bio
Haley Butler Bates is thrilled to be working with Forward Flux Productions once again, this time alongside Emily Penick in the first ever Studio 45. Previously with Forward Flux, Haley co-directed the world premiere of Sarah Bernstein’s The Summer House and assistant directed the 2015 production of Lia Romeo’s Green Whales. She recently joined the Forward Flux team as an associate producer, and holds her BFA in Theater from Cornish College of the Arts.
Close 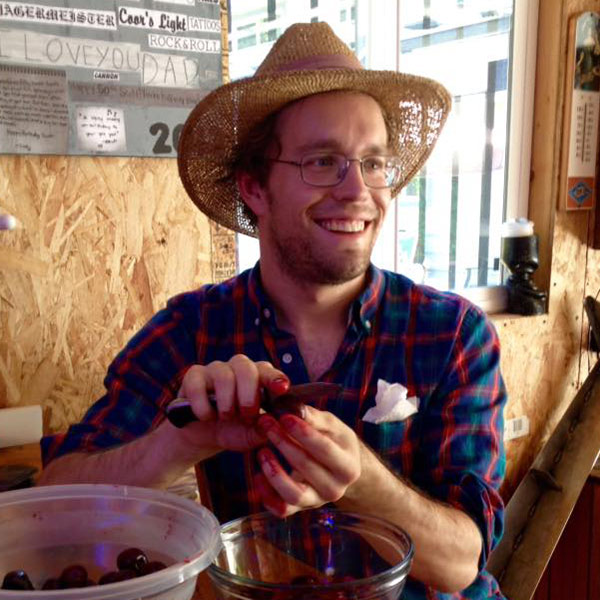 Bio
Andy is a producer, performer, sk8r, administrator, and director from the PNW. He’s hyped to be back with Forward Flux this year where he serves as Managing Director. With FF, he was Producer / Stage Manager for last year’s Double-Feature; Produced and Curated AFTER ORLANDO; Co-Produced Season 1 of the Live From the Flux Salon Podcast; And participated / performed in Collaborate :: Create – Cycle 7. In 2017, he’ll reprise his role for the Fall Double-Feature, Production Manage Collaborate :: Create – Cycle 8, and will be Directing Jeremy O’Harris’s DADDY as a part of The Flux Salon reading series.

Andy holds a BFA in Theater Original Works from Cornish College of the Arts.

Bio
Zanna Paulson is a freelance lighting designer and master electrician who located to the Seattle area 4 years ago after spending the previous 8 years lighting stages across the country. She is beyond thrilled to be creating with Forward Flux Productions yet again; designs include The Summer House, The Wedding Gift, Green Whales and Still Life. Zanna is particularly proud of her efforts in lighting original plays and musicals and creating unconventional technique in using intimate space. Some of her other favorite collaborators include Bellevue College (upcoming Carrie the Musical), Burien Actors Theatre (upcoming Sex with Strangers), Latino Theatre Projects (upcoming26 Miles), Orlando International Fringe Festival, Orlando Shakespeare Theatre, Empty Spaces Theatre Co(llaboration) and Milwaukee Repertory Theatre. Zanna also enjoys volunteering her skills for companies such as Equity against Aids (Broadway across America), Phillips Lighting and local educational centers.
Close 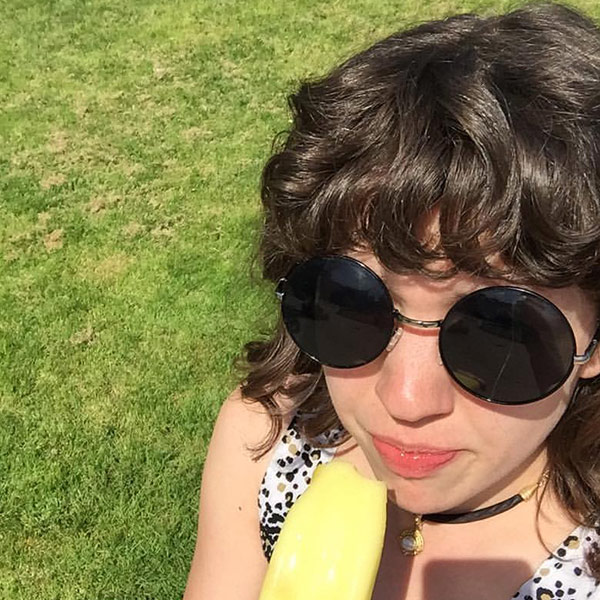 Bio
Erin Bednarz is an interdisciplinary artist who has spent the last 8 years among the presence of Seattle theatre. After a short stint at Cornish College of the Arts, Erin has worked with over 20 Seattle based theater companies in several capacities. Her sound designs have landed her the 2016 Sound Apprenticeship with Intiman Theatre, and assistant to the resident sound designer at Seattle Repertory Theater. Additionally, she has served as a teaching artist with Village Theater, Youth Theater Northwest, and Cornish College. Erin is a proud member of LiveGirls! Theatre, acting as Artist Liaison and Outreach Coordinator, and co-founder of dramaturgical new works organization Umbrella Project. She has produced work in Minnesota (her birthplace) and Seattle, gaining literary nods from City Arts, Encore Arts, and HowlRound. Also a musician, Erin’s band Hearts Are Thugs was featured on The CW’s Band In Seattle and earned her a 2015 RAW Artist Award.This year she will serve as dramaturg on Katie Jacobson’s The Honey Noble New Opera: A Musical-Dramatic Integration (2016 4Culture Art Project grant recipient).
Close 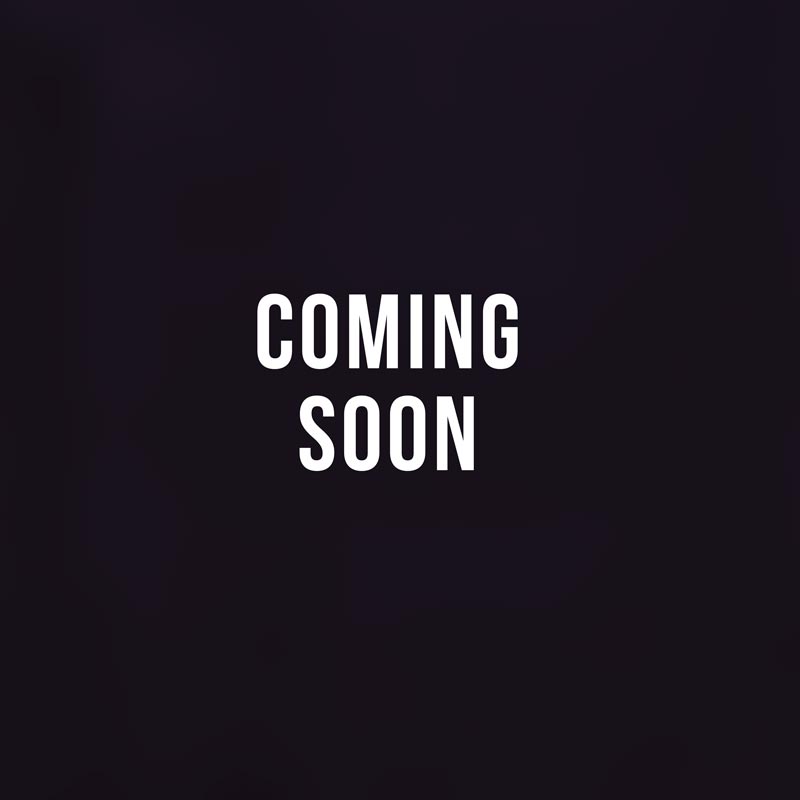 NEW FOR 2017, Forward Flux Productions is proud to introduce the Studio 45 workshop series. Studio 45 gives a creative team 4 weeks to workshop a brand new play, with 5 public performances. In addition, audiences will have the opportunity to attend select open rehearsals for an insiders’ look at bringing a new play to life. The public performances will have basic design elements (set / lights / costumes), but the focus is on acting craft and storytelling. After each workshop performance, there will be an optional 20min conversation between the audience and the creative team to gather feedback about the play.

For our inaugural Studio 45 production, we are presenting Pilgrims, by Claire Kiechel. Claire will be flying to Seattle to join us in person for a portion of the rehearsals and for the final performance on May 20th. We will be collaborating with her closely throughout the Studio 45 process. Pilgrims was on the Kilroy List in 2016. The play will be rehearsed and performed in the Studio space at West of Lenin (upstairs).