Forward Flux Productions, along with commissioning panelists Benjamin Benne, Joshua Castille, Wesley Frugé, Chisa Hutchinson, Pilar O’Connell, Sharath Patel, Patrick Pearson and Emily Penick, is proud to announce the 3 winning playwrights for Three New American Plays. The playwrights were selected from over 250 submissions during a competitive open call process that kicked off in January of 2018.

The winning playwrights are… 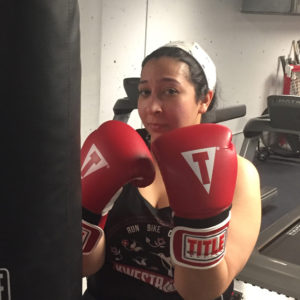 Marisa Carr is a Native playwright who will write about the countless Indigenous women across North America who go missing every year. A Deer Woman – the legendary figure of justice and unrelenting vengeance who has the upper body of the most beautiful Indian woman in the world, and the lower body of a deer – will be integral in the story. Maybe she’s sick of this bullshit. And maybe, just maybe, she’s not going to take it anymore. Gritty urbanism and myth collide in this gripping exploration of the cost for Indigenous women to walk safely on their own land.

Marisa Carr is a Twin Cities-based playwright and actor. As a playwright, her work has been produced and/or presented by theaters including: Pillsbury House + Theater, the Playwrights’ Center, Intermedia Arts, and the Guthrie. As an actor, she has appeared with companies throughout the Twin Cities including: Pillsbury House + Theater, History Theater, Full Circle Theater, Bedlam Theater, and many others. Selected recent awards and honors include: Berkeley Rep Ground Floor Residency (upcoming 2018), Minnesota State Arts Board Artist Initiative grant recipient (2017), Playwrights’ Center Many Voices Fellow (2016-17), Naked Stages Fellow at Pillsbury House + Theater (2015), “Best New Political Playwright” (Lavender Magazine, 2014). In addition to her work as a playwright and actor, Marisa is a teaching artist at the Jungle Theater and Co-Founder/Artistic Director of the Turtle Theater Collective, a Twin Cities-based company committed to producing high-quality, contemporary work that explores Native experiences and subverts expectations about how and when Native artists can create theater. She is Turtle Mountain Ojibwe.
Close 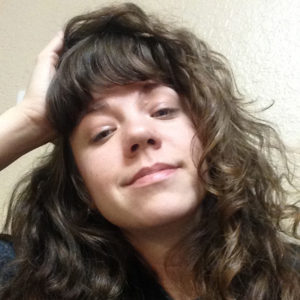 Sarah Loucks will write a play exploring the military, the war in Afghanistan, and the role of DIY (do it yourself) combat filming in our soldiers’ lives. This is a play about three soldier’s relationship to America, each other, and violence, both real and filmed. Spread across America after their time in Afghanistan, the friends, now distant from each other, each carry a copy of a film they took together with a go-pro. They re-watch the footage at different times in their lives, trying to understand what it means to come home to a country that feels just as foreign as the one they left.

Sarah Loucks is a playwright and theatre maker living in Austin, Texas. She writes about Iowa, where she grew up, and Texas, where she lives now. Sarah produces her plays under the name MouthRadio. In 2015, Sarah produced her play, THE PROSTITUTE AND THE COW, as MouthRadio’s inaugural production (The VORTEX). Recent MouthRadio productions written by Sarah include LANDSCAPE MECHANICAL (Museum of Human Achievement), CRAVE BLUE (MastroGeorge Theatre), DAIRY QUEEN (Porfirio’s Restaurant) and THE ANGLERS (Frontera Fest/ATM Gallery). Sarah also makes work with other companies, namely Gale Theatre Co. For Gale, Sarah wrote WAIL, (The VORTEX) which was awarded Best Non-Traditional Theatre by the Central Texas Excellence in Theatre Awards in 2015. Sarah has studied Viewpoints and Suzuki with Gale Theatre Company, Grotowski technique with Double Edge Theatre, and Commedia dell’arte with the Rhodopi International Theatre Lab in Smolyn, Bulgaria. Sarah graduated from Bard College with a B.A. in Theatre. She was awarded the Carter Tobin Prize for overall contribution to the theatre program at Bard College in 2013 and was a finalist for The Ball Grant in 2018.
Close 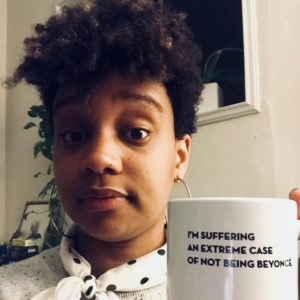 Charly Evon Simpson’s play will imagine a United States of the future, where the country is now a series of hundreds of islands. Communities have made their separate homes on these islands finding safety and solidarity within the confines of their shores. The story will center on one such island that is inhabited entirely by people of color, and what happens when their way of life is threatened by quickly receding waters. When outsiders begin to encroach upon the island bringing with them harmful beliefs and diseases, will the islander’s way of life survive?

Charly Evon Simpson is a playwright, teacher, and performer in New York City. Her plays include HOTTENTOTTED (The Tank 2017; ANT Fest 2016 at Ars Nova), JUMP (National Showcase of New Plays 2017; 2017 MFA Playwright’s Workshop at The Kennedy Center with NNPN), SCRATCHING THE SURFACE (P73 Playwriting Fellowship Semifinalist; Kilroys List 2017 Honorable Mention; New Group/No Limits Reading Series), WHO WE LET IN (2015 Princess Grace Award Semifinalist), HAPPY ANNIVERSARY (2015 Samuel French Off-Off-Broadway Festival Semifinalist), and more. Her work has been seen, heard, and/or developed at Ensemble Studio Theatre, Ars Nova, The Flea, Azuka Theatre, and others. She is a member of the 17/18 Clubbed Thumb Early Career Writers’ Group and The Amoralists 18/19 ‘Wright Club. She is The Pack’s current playwright-in-residence and is working on commissions from EST/Sloan and The Flea. Charly is an alum of Ensemble Studio Theatre’s Youngblood, SPACE on Ryder Farm’s 2017 The Working Farm, Fresh Ground Pepper’s 2015 PlayGround PlayGroup, and Pipeline Theatre Company’s 2017 PlayLab. When she isn’t writing, she is an adjunct lecturer at Hunter College and an engager at The Engaging Educator. Charly received her A.B. with honors in Theatre Arts and Literary Arts from Brown University. She holds a master’s in Women’s Studies from University of Oxford, New College and a MFA in Playwriting from Hunter College.
Close

And congratulations to our previously announced Finalists:

More Information on the Project

The THREE NEW AMERICAN PLAYS project kicked off on January 2nd, 2018, with an open call for playwrights across North America, inviting them to respond to one of three prompts. The prompts were “Madame President,” “This Land is My Land,” and “One Nation, Under Water.” From over 250 submissions, 32 semi-finalists were named, which was narrowed down to 9 finalists, and eventually 3 winners. The three winning playwrights were given a commission check of $1,500 each to help seed the play idea that they developed and pitched during this process.

Further information on the plays, or requests to read the scripts in development, should be directed to the individual playwrights and/or their representatives.

Forward Flux Productions is a dynamic live arts production company devoted to presenting innovative projects that connect people with art in unexpected ways. The company challenges the boundaries of tradition by re-imagining the audience experience. Forward Flux is committed to presenting work about the right now, and striking a meaningful dialogue that stirs a lasting impression.

The company was founded in New York City in late 2010, and relocated to Seattle in 2014. Three New American Plays will be the company’s 5th season project in Seattle. Forward Flux is a 501(c)(3) non-profit organization.

We place an emphasis on presenting new work from women and artists of color, and are working to create a safe, equitable, accessible live arts experience for all.